A diet high in fat but low in carb was found to reverse the condition of heart failure in a mouse when the diet was being tested. Fasting for 24 hours also led to significant improvements which hence mimicked the physiological effects of a ketogenic diet which prevent heart failure.

In people with heart failure, the muscle on the right or left side of the heart or on both sides, becomes weak. This impairment limits the organ’s ability to pump blood around the body, which causes fatigue, shortness of breath among many other symptoms.

This hence leads to high blood pressure, diabetes and ischemic heart disease. In the latter, the heart is deprived of oxygen. Also, the National Heart, Lung, and Blood Institute estimates that around 5.7 million people in the United States have heart failure.

Currently, cure for such a condition isn’t present. But some medications and lifestyle changes with ketogenic diet can improve the quality of life for everyone and raise their lifespan.

Also, healthy heart muscles can draw upon a variety of chemical energy sources which are dependent on the body’s situation. One of these is a molecule called pyruvate, which is generated by the human body when sugar glucose is broken down.

However, it must be understood that conditions like diabetes and heart failure reduce this flexibility. This starves the muscle of the fuel it needs to function effectively.

Effects of loss of heart muscle flexibility on the fuel shuttle

Researchers have now traced this loss of flexibility to a transporter protein that shuttle pyruvate into mitochondria (The power stations of cells). It is known as the mitochondrial pyruvate carrier (MPC) complex. It comprises two subunits: MPC1 and MPC2.

Researchers at the Saint Louis University School of Medicine in St. Louis, MO, led a team who were able discover that the production of both subunits is reduced in human hearts heading towards failure. They compared heart tissue samples from people undergoing heart surgery with tissue samples from donor hearts that were healthy but not suitable for transplant.

They also then showed that mice lack genes for producing MPC2, steadily developing heart failure over time. Their hearts either became hypertrophied or oversized, and the organ’s ability to pump blood reduced.

On a crucial note, the scientists found out that they could reverse the damage to the animals’ heart muscle by simply feeding a special diet for 3 weeks.

Kyle S. McCommis, Ph.D., assistant professor of biochemistry and molecular biology at the university, led the research explains: “Interestingly, this heart failure can be prevented or even reversed by providing a high fat, low carbohydrate ‘ketogenic’ diet. A 24-hour fasting in mice, which is also ketogenic also provided significant in heart remodeling.”

What is the Ketogenic diet?

The ketogenic diet has been growing in popularity in recent years, and research has been suggesting that it has a wide range of proven health benefits. Among them are weight loss, improving heart health and preventing seizures in some forms of epilepsy.

When carbohydrate intake is restricted to a large extent (like glucose and other starches plus sugars), the diet forces the body to break down fat, producing molecules called ketones that it can use as fuel. Intermittent fasting can achieve similar effects, though adhering to the regimen can be challenging.

New research indicates something different. It indicates that a ketogenic diet helps with breaking down fatty acids in cells of the heart muscles. This process produces an alternative fuel called acetyle-CoA which the mitochondria can use as an energy source instead of pyruvate.

According to Prof. McCommis: “Thus, these studies suggest that consumption of higher fat and lower carbohydrate diets may be a nutritional therapeutic intervention to treat heart failure.”

Findings from the study have appeared in the journal titled Nature Metabolism.

Two studies conducted by other research groups appearing in the same issue, show independently that the MPC transporter protein plays a crucial role in heart failure.

Cardiologists P. Christian Schulze and Jasmine M.F. Wu from the University Hospital Jena in Germany wrote a comment article for the journal about the three papers. A lot of questions regarding the regulation of MPC levels in healthy and weak hearts are yet to be answered, they concluded: 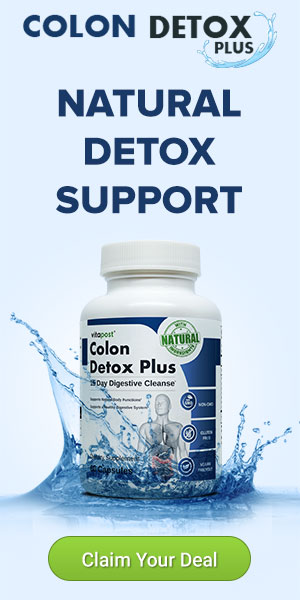